According to investment giant Scottish Friendly, the fact that interest rates have been rock-bottom for over 10 years means investors that used cash ISA’s could have lost out on over £40,000 in potential returns when compared to someone who used an investment ISA instead!

Since 1999, investors in stocks and shares ISA’s have received an average of 2.9% after inflation and fees, whereas a cash ISA would have typically returned just 1.3% per year. If you would have put away the maximum allowance every year since 1999 and do the maths, your cash ISA would now be worth £153,191, whereas a share ISA (invested in the FTSE All Share index with costs of 1.4% per year) would now have £194,665.

Given the majority of ISA savings are in cash, millions of people are allowing themselves to be worse off compared to those who consult their local and friendly financial adviser! As always, the devil is in the detail and you should get in touch with your jargon free experts to help build your Financial Fortress! 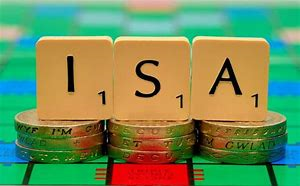 Financial Fortress Ltd is authorised and regulated by the Financial Conduct Authority. Reg no: 753489.

All our prospective clients receive an initial, face to face meeting at no cost to them.

Request a call back

Keep up to date with the Latest from Financial Fortress. You can find us on…

How we can help